A poster has been released for the follow up documentary to “Under The Scares”, an indie film which won two awards for Best Horror Documentary,plus nominated for a Rondo awards for Documentary of the Year. Now back with “Independent Scares” Steve Villeneuve continues his look into the growing Indie film making scene. Starring in the documentary series are such notable icons as George A. Romero, Herschell Gordon Lewis, Debbie Rochon, Lloyd Kaufman, Tony Timpone and Suzi Lorraine.

Cheap scares. Extreme Gore. Loads of nudity. These have been the three staples of low budget independent horror films since the 60's. But what's a filmmaker to do when, thanks to technology, ANYONE can make a film these days? Under The Scares offers an inside look into the production and promotion of an independent, ultra low-budget horror film, while combining interviews and insights from some of the genre's biggest legends - Lloyd Kaufman, Robert Kurtzman, Herschell Gordon Lewis, Frank Henenlotter, Gary Jones, and many many more. In addition to tips and tricks for emerging filmmakers, they offer their opinions on the genre (where it's been and where it's going) plus lots of intriguing personal anecdotes. The result is a compelling look into the world of horror films that will interest any movie enthusiast wanting to know more about what really goes on behind the scenes. Forget everything you’ve learned from the DVD extras of big Hollywood productions, the real truth lies, Under the Scares!


The recent revolution within the independent film world has been entirely driven by accessibility. Professional equipment is now available on an amateur’s budget. While all this technology has allowed various “artists” to create and broadcast their “art” with ease, it has also had a somewhat negative impact on the “quality” of products found in the marketplace. Under the Scares will take your through the production realities of the independent horror film industry. You will see first hand the passion, love, disappointments, and victims of this often cruel industry. 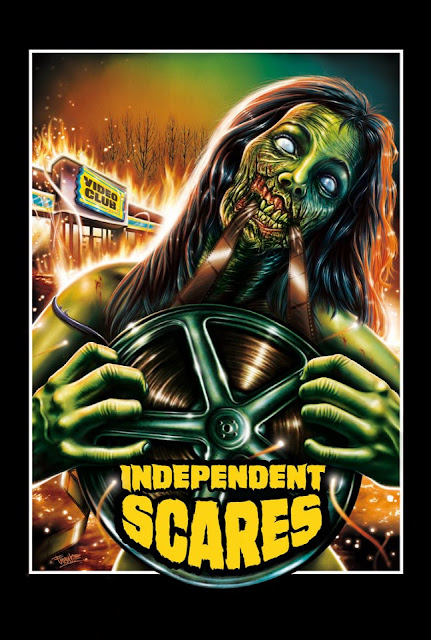