“Outpost:Rise Of The Spetsnaz” Begins Shooting 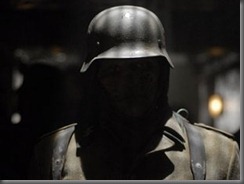 The third installment of the “Outpost” franchise begins shooting in Glasgow and Yorkshire and is helmed by Keiran Parker. The script was written by Rae Brunton so this latest tale should stay simpatico with the first two films considering both director and writer are back for “Rise Of The Spetsnaz”.

“In the third installment of the hit Nazi Zombie action horror movie, Outpost: Rise Of The Spetsnaz, we discover the horrifying origins of these supernatural soldiers and see them in ferocious gladiatorial battle against the most ruthless and notorious of all military special forces: the Russian Spetsnaz.”


This latest flick will be an origin based story bringing with it more baddies and Nazi Zombies cage-fighting. I love the whole Nazi zombie story of any and all of the undead films. It combines the scariest monster in reality with the scariest concept in the horror genre for one awesome effect. 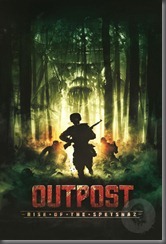