First Trailer And New Images Revealed For “Getting Schooled”

Fangoria revealed the first trailer for upcoming horror film “Getting Schooled”. The high school throwback horror is described as “the Breakfast Club of horror” so that alone makes me amped about seeing this film. “Getting Schooled” is directed by Chuck Norfolk and stars Mayra Leal, Roland Ruiz, Jacob Byrd, Morgan Tyler, Susan Ly, Tom Long and Nick Nicholson with the iconic Ron Jeremy as Janitor Dan. Also check out the grue and goo of the recent images released for this sick puppy.

In 1983, a group of High School students (A brain, an athlete, a basket case, a princess and a criminal) in a day of detention must run for their lives when a teacher in a wheel chair turns out to be an ex black ops soldier having a murderous flashback
. 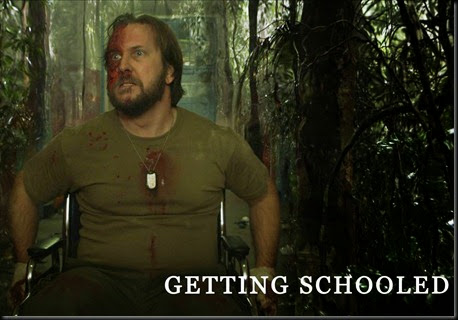