Check out the teaser poster for short film “Chain”. The psychological horror is currently in pre-production and is being directed by Christopher Reith. The film will soon be crowd funding to generate support for the project over at Indiegogo. I will post details on that when they become available. Head over to the Facebook Page to show some indie love and keep up with the latest details on the film’s progress. 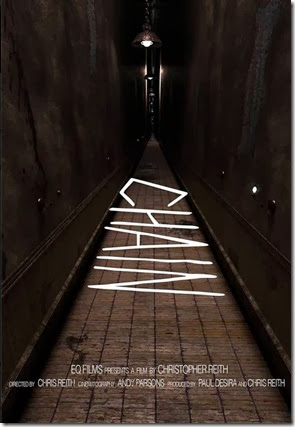 A man winds his way home through a series of corridors. With each step, his familiar apartment block becomes more distorted, and unnerving obstacles cut across his path.

As the corridors close in around him and his surroundings become more threatening, the man desperately struggles to get to the safety of his apartment.

Nothing, however, is more disturbing than what waits for him beyond the door.