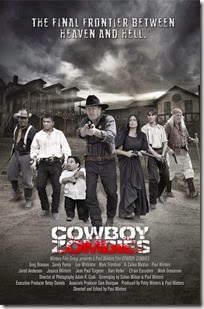 Historical Period, zombie mash-up has become as common in modern horror as found footage. The embrace of the projects all depend on the fan’s tolerance, or the film’s entertainment value. Either way I think the concept has solidified it’s place in horror. Which brings me to the new zombie film “Cowboy Zombies” directed by Paul Winters. The film is an old fashioned western with zombies. One that the whole family can enjoy (take that into consideration if you’re a massive gruesome-gore fan). Anyway the film is now available on VOD . “Cowboy Zombies” stars Jarod Anderson, Greg Bronson, Kiera Crouch and Matt E. Derdivanis.

In the Old West, on an ordinary day, the sun rises as usual and people go about their daily business. On this particular day, the dead (with an appetite for human flesh) also rise, and the day becomes a fight for survival in this action horror film from Director Paul Winters. It's the Arizona Territory, 1870's, and Marshal Frank Wilcox, along with a Buffalo Soldier from the U.S. Army, will galvanize a group of disparate survivors to fight back against the living dead. It's a world gone mad that the Marshal discovers in the town of Crumpit, as a disparate group of characters are doing battle against the unthinkable. Joined by an Apache Chief and the Marshal's outlaw prisoner, the group must learn how to survive in a time where the dead walk. Helping to lead the fight is Preacher Black, a half mad preacher and the towns only doctor, and Roseann, the proprietor of the Double Peach Saloon where the group is hunkered down. 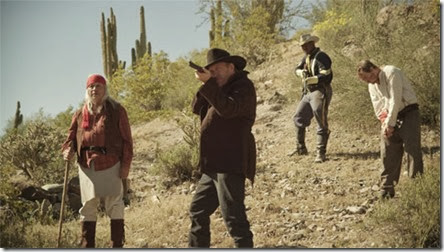 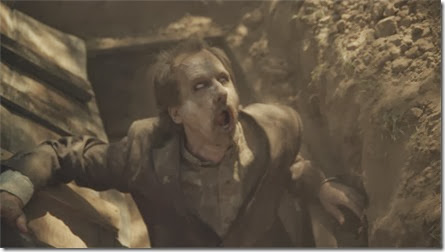 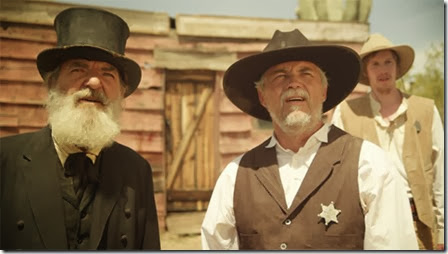