Update On “That Demon Within” 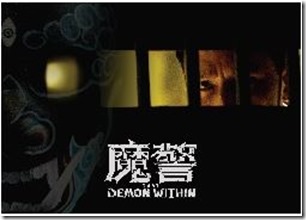 The horror thriller “That Demon Within” has entered post-production phase. The film comes from Emperor Motion Pictures and is being directed by Dante Lam. It stars Nick Cheung, Daniel Wu and is slated for a summer release.

By a strange twist of fate, dutiful Hong Kong policeman Dan saves the life of the leader of a violent gang of armed robbers. When they commit another crime, Dan is determined to put an end to their activities. He works with the leader, whom the gang had betrayed, to engineer a plan to wreak havoc within the gang and let the gangsters kill one another. But it becomes increasingly obvious to Dan and to his colleagues that Dan is suffering from a severe mental disorder, and Dan finds that instead of upholding the law as a righteous police officer, he has now become a fugitive wanted for murder. Dan changes his plan and executes one final move that is certain to wipe out all traces of the gang and restore his reputation as a good police officer.
Posted by A Southern Horror Fan