Today is a blessed and much welcomed time, the sun is ever closer, the first flowers have already started blooming, and the seasonal rains have begun. Of course I am talking about Spring, the vernal equinox, or as it is known to pagans in the northern hemisphere-Ostara. 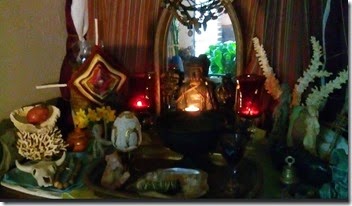 I have made my alter in honor of spring. I have my wood ready for the bonfire (although it will be a battle since the rain has been constant where I live). Ostara is a time to mark the coming of Spring and the fertility of the land. I direct my honoring's of the toward my garden and the health of the ground around me. I add a Ostara blessing incantation/prayer to my regular everyday prayer.


In ancient Rome, the followers of Cybele believed that their goddess had a consort who was born via a virgin birth. His name was Attis, and he died and was resurrected each year during the time of the vernal equinox on the Julian Calendar (between March 22 and March 25). Around the same time, the Germanic tribes honored a lunar goddess known as Ostara, who mated with a fertility god around this time of year, and then gave birth nine months later – at Yule. 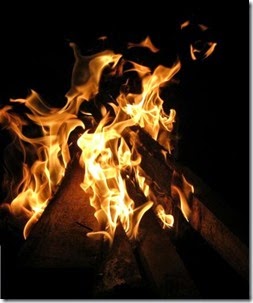 The indigenous Mayan people in Central American have celebrated a spring equinox festival for ten centuries. As the sun sets on the day of the equinox on the great ceremonial pyramid, El Castillo, Mexico, its "western face...is bathed in the late afternoon sunlight. The lengthening shadows appear to run from the top of the pyramid's northern staircase to the bottom, giving the illusion of a diamond-backed snake in descent." This has been called "The Return of the Sun Serpent" since ancient times.

According to the Venerable Bede, Eostre was the Saxon version of the Germanic goddess Ostara. Her feast day was held on the full moon following the vernal equinox -- almost the identical calculation as for the Christian Easter in the west. There is very little documented evidence to prove this, but one popular legend is that Eostre found a bird, wounded, on the ground late in winter. To save its life, she transformed it into a hare. But "the transformation was not a complete one. The bird took the appearance of a hare but retained the ability to lay eggs...the hare would decorate these eggs and leave them as gifts to Eostre."

Huffington Post has done a lovely article on Ostara that covers the meat of the holiday so hit the image below to head over and read that article. 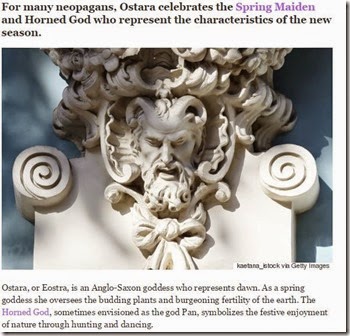