A New Threat To Humanity Found In “The X Species” 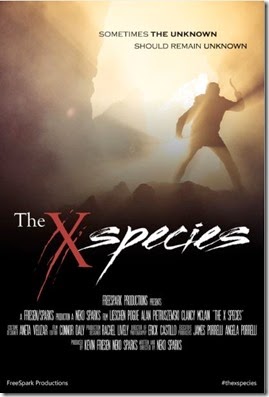 Check out the found footage sci-fi/horror “The X Species” which poses a new threat to humanity from our prehistoric past. The film is directed by Neko Sparks and stars Lieschen Pogue, Alan Pietruszewski, Sam Myerson, Clancy McLain, Skyler Hart, John Henry Richardson, Trevor Lee Georgeson. “The X Species” has some pretty inspired, retro artwork released, along with a trailer you can check out below.

An archaeological expedition uncovers a prehistoric hominid burial site. When their team is unexpectedly attacked they are forced to take refuge in the catacombs of an unmapped cave. One by one they fall to an ancient predator.