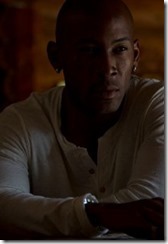 “Two Minutes With . . .” is a weekly entertainment talk show hosted by Joston Theney, showcasing stars of film and boxing. The show premieres Monday, June 3 on The Transit TV Network and the show’s website www.TwoMinutesWithTV.com coming soon.

“This year has been amazing,” Theney said when asked of his much anticipated horror AXEMAN AT CUTTER’S CREEK and the approaching premiere of “Two Minutes With . . .” “Axeman At Cutter’s Creek is my love letter to horror, but it’s not my farewell letter. Don’t let the smooth taste of “Two Minutes With . . .” fool you, I’m still a horror guy, through and through. As a matter of fact, my first guest on the show is none other than Felissa Rose from the cult classic Sleepaway Camp!”

When asked for an exclusive update on AXEMAN AT CUTTER’S CREEK he replied, “Right now, the film’s audio is being mixed. And we’re in negotiations for distribution. My first priority is the obligation to the fans who’ve expressed excitement in seeing it in theaters. And come hell or high water, that’s what I’m giving them.”