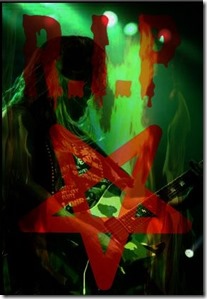 Slayer lead guitarist and founding band member Jeff Hanneman dead at 49 of liver failure. "Slayer is devastated to inform that their bandmate and brother, Jeff Hanneman, passed away at about 11AM this morning near his Southern California home," the band's longtime publicist said in a statement. "Hanneman was in an area hospital when he suffered liver failure."


Hanneman co-founded the band with Kerry King in 81’. The band broke out of the scene with a stellar rise thanks to the 1986 “Reign In Blood”.  I find this news very sad. It was my love for Slayer and their t-shirts that got me labeled as a Satanist and devil worshiper in junior high school, which carried over into the early part of my High School year before coming out of the closet. My salvation was their music. The darkness and aggression allowed me to find strength to get through the bullshit that we all somehow have to deal with in a fucked absurd construct that we call the education system. 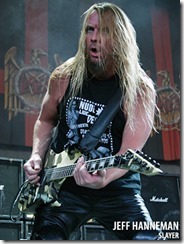 My fave albums of course were the first three. Reign In Blood, South Of Heaven, and Seasons In The Abyss. I went through four copies of South Of Heaven. Tape decks were brutal on music back then. So here are my fave Slayer songs…. 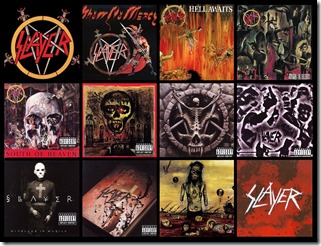