Rambling: The Serial Killer VS The Slasher

The serial killer is the scariest predator in human society. The unknown lurker stalking its prey specific to each ones own set of twisted peeve's. Pretty much it places all of us in one of two categories: the hunter or the hunted. Right now there is a possible count of 200 killers active in America. Frightening to say the least. Serial Killers are also pop culture icons despite their obvious offense to society. They are the origin of nightmares and legends. The serial killer is also the inspiration of a sub genre in the horror industry, known as the slasher.  So why do we as a movie goer cheer on the slasher and not the serial killer? Are they not equal in their on screen terror? I enjoy both sub genres, the slasher flick and the serial killer movie, yet when I reach for a disc from my slasher collection I get all warm and giddy but when I watch one of my serial killer movies I become somber, deeply focused. It is a reflexive and direct response. Maybe I just over think these things far too much but that is how my mind works. So here is my attempt to explain to myself these ongoing questions toward my feelings about serial killer flicks vs. the slasher film. For me the serial killer film is more like a biopic venturing into the dark world of a truly twisted fuck. The picture is fueled by actual people, victims dismembered and tortured by a sadistic madman. The shit really happened, we know because we read about it in papers and hear about them in the news. Books have been written. The fuckers have been studied like lab rats. They are the unknown in human capacity. So the film for me is more of an insight into the killers world more than sheer entertainment. At least not on the level I feel when watching a slasher flick. Why is that? I think that for me the obvious difference is the fact that you only know the victims from the mind of the killer and the whole film is perceived through the serial killers eyes. So the whole time I am watching the movie I am completely aware that the person on screen is demented and sick. Also the killer is very much real. Whereas the slasher is completely make believe and his antics are an over the top exaggeration inspired by the serial killing phenomenon. I love my serial killer movies, my favorite being Ed Gein. Yet when I watch these films I find my self moderating my emotion toward the story unfolding as if I have to make sure I don't really enjoy watching this psychotic fucker kill so many people repetitiously. 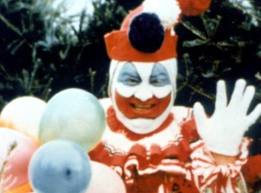 Now my mind almost functions the same when watching a slasher flick. Except I know the twisted fucker on screen is not real, only Hollywood invention. So I actually enjoy and get excited seeing the massacre unfold. The killer is twisted beyond reality fueled by rage and a thirst for blood. The victims are ceremonially offered up in gory detail. Slasher films require no sympathy from me for the victims and allow me to just enjoy the violent nature of the world created for pure pleasure. I feel know guilt for this simple pleasure. Why is that? Is it not a film about a twisted killer hunting down helpless victims and dispensing with a bloody death one by one. The slasher is the best of a genre that I grew up on all much as often as Saturday morning cartoons. Yet when I compare my slasher flicks to serial killer flicks my mood almost instantly switches from one of mindless joy to one of almost mournful acknowledgment. The slasher or the serial killer? what is the difference other than the simple fact that one is real and one is make believe. They both are monsters rampaging across society coloring the scenery with crimson. They both have particular methods and near OCD mentalities unleashing madness upon there selected targets. Both have high body counts and sadistic view points. 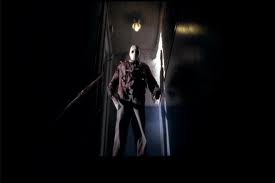 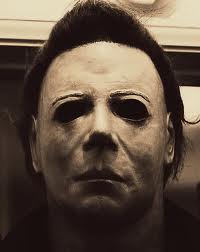 So which is better? The serial killer or the slasher? Honestly I have know real idea. All I know is that the serial killer gave rise to the slasher and I tell myself that is the extent of my gratification of the real life madmen roaming the globe. I have an eery suspicion though that I suppress way more enjoyment than I would ever truly admit toward the serial killer movies that come out. Now the slasher pictures are like crack to me. I can't get enough of watching them slice and dice as many people as they possibly can in 80 minutes time. I watch some movies over and over and still find the same enjoyment each and every time. I guess for me the line in the sand that tells me how to respond to each of these sub genres is based on one thing. If I see a slasher then I know I am watching a killer picture from the mind of an awesome horror genius but if I see a serial killer then I may very well be fucked! The serial killer is real and we could all be on one's list at this very moment in time, the slasher is just a wonderfully monstrous creation that has sprung from the real life madness that plagues this world affording us a moment of escape from the very serious horrors that life can dish out. So for the answer to my question I have to say the serial killer wins out despite my reservations simply because the real monster came first and had enough impact on our world to spawn a whole community of awesomely twisted movie makers who give me such pleasurable monsters as Jason, Michael, Freddy and all the ones that have come along in the past 30 and some odd years. The serial killer holds that power of persuasion over cultures and makes us stop for a moment and think about the fragility of life. For a brief moment while watching their movies we are thankful for our blessings and mourn their victims. So yeah the serial killer wins out.
Posted by A Southern Horror Fan