A new poster featuring detailed sketch style artistry has been released for upcoming horror ‘It Follows”. The film will be released on March 13th, 2015. “It Follows” stars Maika Monroe, Keir Gilchrist,Jake Weary, Daniel Zovatto, Lili Sepe, and is directed by David Robert Mitchell.

For 19-year-old Jay (Maika Monroe, AT ANY PRICE), the fall should be about school, boys, and weekends at the lake. Yet, after a seemingly innocent sexual encounter, she suddenly finds herself plagued by nightmarish visions; she can’t shake the sensation that someone, or something, is following her. As the threat closes in, Jay and her friends must somehow escape the horrors that are only a few steps behind. 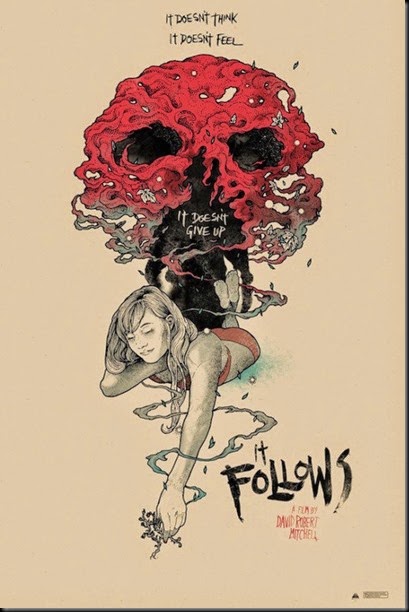