“I’m deeply honored to win this award and very proud for the team. It’s a collective victory! Moreover, the Magnolia Film Fest is in my top list of festivals not only for the quality of their programming but also because they have been very supportive of my work since the early days of my career. I feel like I’m part of the family!”, says director Patricia Chica.

Patricia Chica’s previous shorts The Promise, Day Before Yesterday, and Ceramic Tango have all won the Best Short Film award at the Magnolia Film Festival in 2000, 2010 and 2014 respectively. This is the fourth Magnolia trophy that Chica brings home. 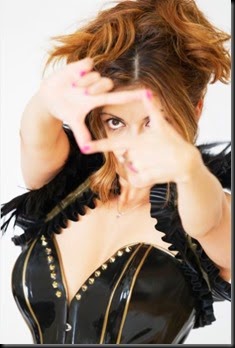 Patricia Chica (@PatriciaChica) is presently putting the final touches of her latest short A Tricky Treat at the RedLab Studios in Toronto. Chica is part of the Women in Horror Recognition Month’s Massive Blood Drive PSA. She directed the segment Ripe N’ Bloody that was qualified by Fangoria Magazine as “the most deliciously vile of the blood bath”!

According to Dread Central, Patricia Chica “is known for making bold, edgy, and visually striking independent films” and listed her as one of the “Rising Female Filmmakers” to watch, among other notable directors - the Soska Sisters (American Mary) and Jennifer Kent (The Babadook).

Serpent’s Lullaby continues to tour with screenings to come in Montreal, QC, Hamilton, ON, and Scotland, UK among others