Concept Media and Shawn Burkett have revealed a new NSFW, flesh-rich poster for upcoming slasher flick “Don’t Fuck In The Woods”. The film is currently in pre-production with filming slated to begin in July 2015. The poster was designed by Concept Media’s own Shawn Burkett, with model Nikki Seven working with the talented photography of Culprit Media.

“Don’t Fuck In The Woods” stars Chelsea Teasly, Michael Reeves, Roman Jossart, Hannah Herdt, and Joe Kidd. Helmed by Burkett who pinned this high octane slasher, “Don’t Fuck In The Woods” will follow a group of friends on a camping trip celebrate graduating college. But once they enter the woods, the proverbial shit starts to hit the fan! You can keep up with the latest on the project by liking the film’s Facebook page and Twitter account. 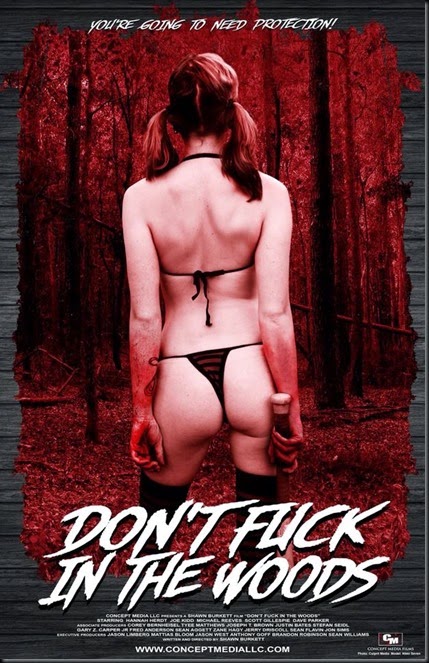