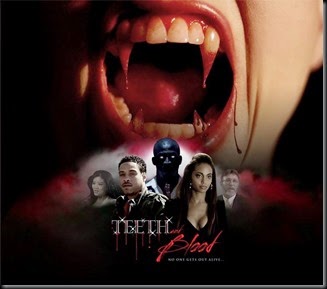 One of Hollywood's diva actresses, Elizabeth Thornrich, is murdered on the set of a famous film director Vincent Augustine's latest film, "Chapel Blood" and the body has disappeared. At the same time, the City's blood supply is mysteriously being depleted. Unbeknownst to all, the blood is being devoured by vampires so they won't have to bite humans and a storm is brewing between rival covens. Detective Mike Hung and Sasha Colfax must go undercover on the film's set to crack the toughest mysteries of their lives... in a vampire-infested studio.