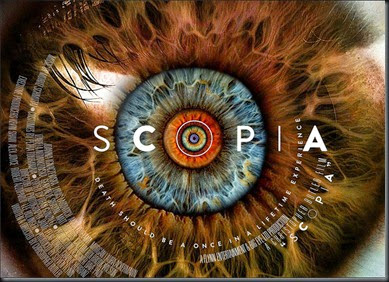 Christopher Butler’s “Scopia” is a psychological, horror that mixes in sci-fi, with drama. The film is getting ready for a festival run in the fall that will be announced officially mid-August. “Scopia” stars Joanna Ignaczewska, Louis Labovitch, Jessica Jay, Mathew Roberts, Akira Koieyama and is describes as “…reminiscent of Kubrick, Lynch or Herzog, the movie has no clear boundaries of reality, and the complexity of the protagonist Basia keeps the audience hooked ”.


Originally from Poland, Basia lives and works in London. After a hypnotic session with her psychologist Edward Stanton she taps into a part of the mind that should never be meddled with.

With the natural balance of her existence becoming increasingly unstable, Basia's world becomes very strange and eventually spirals into a perpetual nightmare oscillating erratically around time and space.

A traumatic experience from her past combined with her fragmented and distorted present, push her mind and soul to it's limits and beyond.