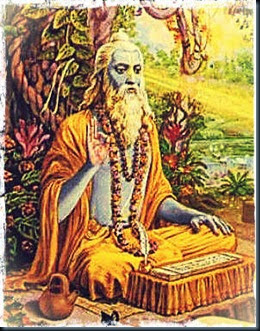 Guru Purnima (IAST: Guru Pūrṇimā, sanskrit: गुरु पूर्णिमा) is a Hindu festival dedicated to spiritual and academic teachers. This festival traditionally celebrated by Hindus and Buddhists, to thank their teachers. It is marked by ritualistic respect to the Guru, Guru Puja. The Guru Principle is a thousand times more active on the day of Gurupournima than on any other day. The word Guru is derived from two words, 'Gu' and 'Ru'. The Sanskrit root "Gu" means darkness or ignorance. "Ru" denotes the remover of that darkness. Therefore one who removes darkness of our ignorance is a Guru. Gurus are believed by many to be the most necessary part of lives. On this day, disciples offer puja(worship) or pay respect to their Guru (Spiritual Guide). It falls on the day of full moon, Purnima, in the month of Ashadh (June–July) of the Shaka Samvat, Indian national calendar and Hindu calendar.

Traditionally the festival is celebrated by Buddhists in honor of the lord Buddha who gave His first sermon on this day at Sarnath, Uttar Pradesh,India. In the yogic tradition, the day is celebrated as the occasion when Shiva became the first Guru, as he began the transmission of yoga to theSaptarishis. Many Hindus celebrate the day in honor of the great sage Vyasa, who is seen as one of the greatest gurus in ancient Hindu traditions and a symbol of the Guru-shishya tradition.

This was the day, when Krishna-Dwaipayana Vyasa – author of the Mahabharata – was born to sage Parashara and a fisherman's daughter Satyavati, thus this day is also celebrated asVyasa Purnima. Veda Vyasa, did yeoman service to the cause of Vedic studies by gathering all the Vedic hymns extant during his times, dividing them into four parts based on their use in the sacrificial rites, and teaching them to his four chief disciples – Paila, Vaisampayana, Jaimini and Sumantu. It was this dividing and editing that earned him the honorific "Vyasa" (vyas = to edit, to divide). "He divided the Veda into four, namely Rig, Yajur, Sama and Atharva. The histories and the Puranas are said to be the fifth Veda."
Posted by A Southern Horror Fan