My Review Of Fairy Tale Murders By Kelly Money 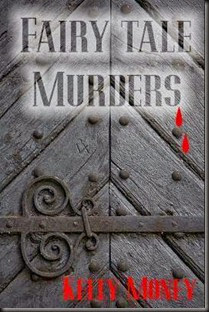 Kelly Money’s Fairy Tale Murders is a straight forward crime-thriller, that follows a dual point-of-view story about the Fairy Tale Killer, Stan and the detective hot on his trail, Kate Kingsley. The story takes place in Topeka where women begin disappearing as a new serial killer is on the prowl. His m.o. has him mailing fairy tale books with ominous, riddle-like clues written inside. Each book represents a specific victim that plays the princess in his nightmarish fantasy. It is a classic set-up that pits a predator against an equality aggressive hunter hot on his trail.

Fairy Tale Murders has a strong enough concept that seeds a pretty dark story. It plays upon the very trendy subject of fairy tales which have become very popular in recent years. The basic set-up of killer and detective works smoothly with plenty of suspense that builds as each of the character’s story opens up. The elements that have predator selecting and taking his prey does at times feel a bit too convenient and concise, eliminating any real chance for horror to permeate in the scenes. If it were a television series or movie then Fairy Tale Murders would be more Lifetime or NBC. Not that the story Money gives us is bad, I just like my thrillers a bit more exploitative or darker. The author tends to err on the milder side when describing the murders or victims suffering.

The novel does develop nicely, giving us well rounded characters and the situations are in scenarios that bring the creepy to common locations. The character of Stan seems only partially complete which is kind of annoying. Some of his logic and behavior doesn’t really feel authentic at times. It isn’t enough to kill the character or harm the story completely, I just felt that Money could have went deeper and darker into the mind of the killer, with more understanding of how a killer thinks. I guess I would have liked Stan to have read more scary. ON the other hand detective Kate Kingsley was totally believable. Her character seemed to be developed with more care. I did feel that the relationship between the protagonist and antagonist felt contrived at times, but for the most part the story pit them perfectly in a classic, entertaining, cat-n-mouse game.

Overall, Fairy Tale Murders is a nice, PG-13 thriller (in my personal opinion) with a standard set-up. Minus the few moments where the story moves a bit slow, the novel creates a thrilling story with a creative concept. Certain moments where the “fairy tale” m.o. are addressed do seem forced but the connection never feels continuously forced, most moments the concept fit nicely and feel authentic. Fairy Tale Murders is creative novel that should entertain most readers of serial killer/crime fiction, and with the strong female character of Kate Kingsley, the story fits the contemporary design that flows in this genre both in literature and live-action scenarios.
Posted by A Southern Horror Fan