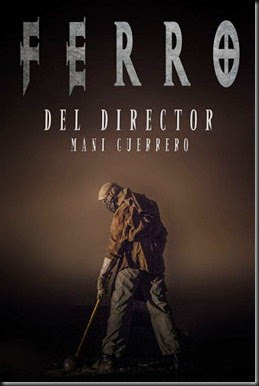 The official trailer has come out for Spanish slasher horror “Ferror (The Iron Murderer)”. The film has a psychopathic maniac, With a lot of horror attention focusing on the undead and other torture styled concepts it it refreshing to see the slasher killer still very much thriving. “Ferro” comes from Spanish indie film company Espantapajaros Films. There is no release date yet but I am sure that it won’t be long before we here more from this film.

“Ferro” follows a psychopath killer who tortures and inflicts suffering upon the wealthy establishment. He sets out to punish inscrutably the elitist arrogance of the wealthy with brutality, as they become his prey.