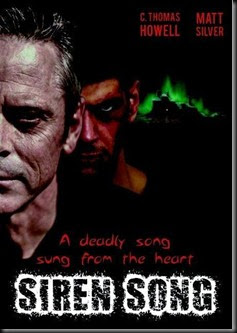 “Siren Song” focuses on two friends, one of whom pursues a relationship with a mysterious woman who part owns a guest house and who he has been dating online. Problems occur when guests at the isolated guest house begin to disappear and the guys discover the truth about the woman and her monstrous sisters and how they must escape from a mysterious island if they want to survive beyond dawn.