Stevie & Lily On Set Of ‘AHS:Coven’

Check out the first proof of Stevie Nicks appearance on ‘American Horror Story: Coven’. The image is a nicety shot of Ms. Nicks and Lily Rabe. Stevie shows up on the series January 8th at 10 pm when ‘Coven’ returns on FX with the episode titled “The Magical Delights of Stevie Nicks”.

Fiona attempts to out the new Supreme with a visit from Stevie Nicks. Cordelia learns the truth about Hank and the Witch Hunters. Madison tries to eliminate her competition for the Supremacy. 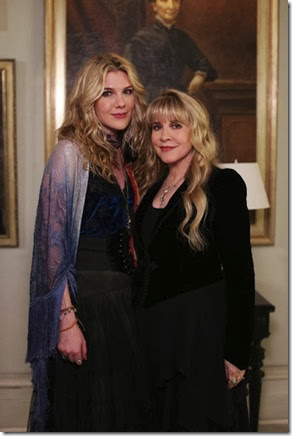