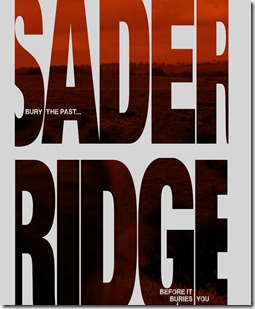 “Sader RIdge” is a very dark thriller that blends heavily into horror pretty well. The film is directed by Jeremy Berg and is the first feature film from The October People. It stars Trin Miller, Brandon Anthony, Andi Norris, Josh Truax and D'Angelo Midili. The film is gearing up for the film festival run making it’s first stop at Phoenix's International Horror and Sci-Fi Film Festival. Check out the trailer below.

For years Samantha has wondered about where she came from. After inheriting a house from the family she never knew, Sam and three friends take a road trip to inspect the remote property. Soon after Sam arrives old memories come seeping back to her subconscious while jealousy and unspoken tension between the friends is forced to the surface. As relationships unravel, so does Sam's sanity. She soon finds herself unable to tell the difference between reality and the horrible visions of brutality she can't escape. While her world crumbles, Sam discovers that the current horrors may be tied directly to her past.