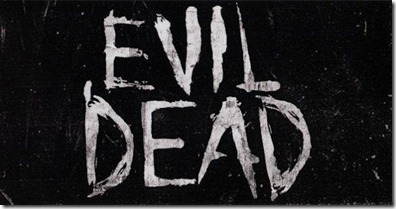 Director Fede Alvarez’s “Evil Dead” reboot of the cult classic franchise originally brought to life by Sam Raimi has garnered a lot  of attention with it’s new spin on the Necronomican inspired story. From casting a female in the lead role of Ash that Bruce Campbell iconically introduced us to and more recently the amount of actual fear and gore giving the new film a more horror edge. This made waves because the fear for the new boost to the franchise was that with a new director and new vision the film would take a more comical kid friendly approach. Thank gods that isn’t the case. Now with Sam Raimi’s hand picked director and Bruce Campbell’s stamp of approval the new “Evil Dead” will be no less than R-rated and could be deemed even worse according to Sam Raimi who recently talked to Collider about the progress of the film.

Alvarez has wrapped photography and from Raimi’s statements on the project this “Evil Dead” will be more bloody and gory, so bloody in fact it will make all our heads spin.  “I’ve seen almost all the dailies and they’re really going for it. It’s gonna be grisly and intense and non-stop.” Raimi told Collider recently. Continuing on to say that the film will definitely have a R rating, maybe worse. Great news because this is one of the reboots that I have actually been super excited about praying that it would be actually horror driven with no real comedic puns or shtick sequences. All great news coming from the camp behind “Evil Dead” that is proving to be the exception to the remake jinx rule of law that has plagued many big franchise reboots of late.
Posted by A Southern Horror Fan