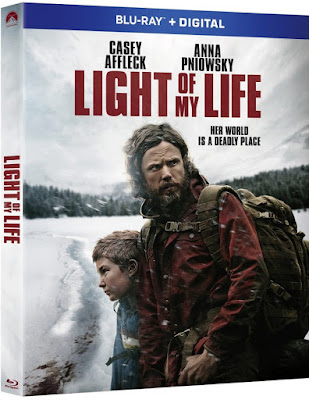 Paramount Home Entertainment will release Casey Affleck's "Light Of My Life" on Blu-ray and DVD this October. The film, currently available digitally, stars Tom Bower (Out of the Furnace), Anna Pniowsky and Elizabeth Moss. It will be released October 8th.

"Light Of My Life" takes place after a plague, which has killed most females on the planet. Now, a father is doing his best to help his daughter survive, in this very different world.

A father and daughter are living on the fringes of society, after a pandemic has reduced the world's population in half. With almost no women on the planet, one man is tested by humanity as the world devolves into chaos.