My Review Of "The Mummy Rebirth" 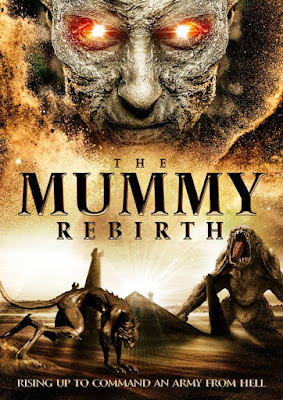 Two treasure hunters uncover a sealed tomb and awaken a mummy that has waited years to come back and wipe humanity from the face of the Earth. It’s a race against time as they try to stop the Mummy from wreaking havoc on the modern world…

The story is adventurous. Much more than what a movie production of this caliber can generally accomplish. There are familiar tropes, obvious set-up points and very stereotypical characters. The film plays along the lines of "The Mummy" ( Brendan Fraser's). It opens up almost drawing from Tomb Raider influences. And had it not gotten of with such a drawn out start, might have garnered some enthusiasm.

I wasn't expecting a lot from the film, to be honest. Movies about mummies tend to let me down. Still Price and his team should be applauded. They went for something big and they went all in. The production staff, casting, CGI team, everything (even as much falls flat) shows total commitment and unified vision for bringing the story together. I just got the impression it was a small story stretched out way too much, in order to create a feature length story with very little substantial matter worked in.

That being said, "The Mummy Rebirth" picks up a little half way through the middle and really kicks up the adventure side. As tacky as I thought the CGI effects were, they did provide enough to match a lot of the early 2000's Syfy stuff. Plus I loved the creature design for the mummies and the settings and backdrops rocked.

Overall this one will appeal to a small select low-budget audience. The majority of horror fans who aren't as forgiving when it comes to quality and substance will not, still "The Mummy Rebirth" isn't the worst Mummy film I have seen lately. Oh and I almost forgot, the thing basically turns into a Kaiju monster movie by the end. (2.5/5)
Posted by A Southern Horror Fan