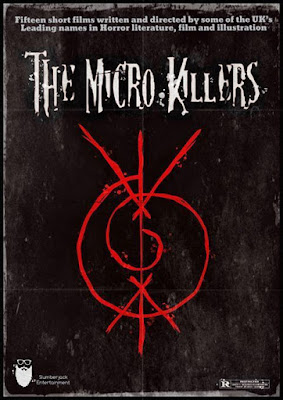 The Micro Killers are fifteen short films, written and directed by some of the UK’s leading names in horror literature, film and illustration.
The Micro Killers will be produced by Slumberjack Entertainment; the team behind multi award winning short films The Dog Walker, Swings & Roundabouts and critically acclaimed zombie comedy web series, Dead Town. We are collaborating with some of the UK’s leading names in independent horror to bring the fifteen segments that will make up The Micro Killers.
We have already started production on The Micro Killers with two segments in the can and filming is under way on a third but we need your support to ensure our movie will be the best it can be. Your contributions will help cover production costs such as make up, production equipment, props, travel, marketing and promotion.
In return we’re offering some amazing perks like film credits, artwork, limited edition DVD’s, posters, Executive Producer credits and more! Find the creators’ bios and more information on this production below.
Click here to donate: https://www.indiegogo.com/projects/the-micro-killers-a-horror-anthology-movie#/
Posted by A Southern Horror Fan