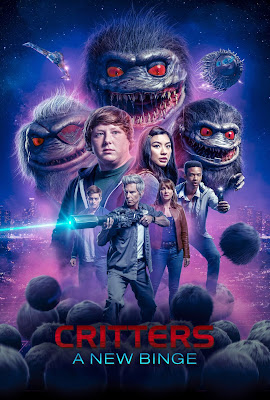 In the series we see the CRITTERS return to earth while once again being pursued by intergalactic bounty hunters. The furry creatures soon cross paths with a high-schooler named Christopher,along with his love interest Dani, and  and his buddy Charlie.