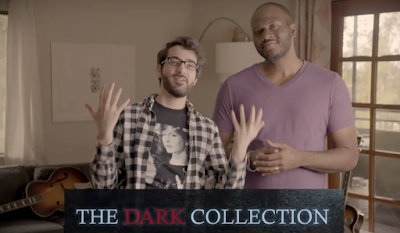 On February 19th, 'The Dark Collection', a new anthology series, launched on crowd-funding site Indiegogo. This new anthology series is comprised of original short films in the horror, thriller, supernatural and suspense genres. It is described as similar to 'Black Mirror' and 'The Twilight Zone'.


Kenny Wright, creator of THE DARK COLLECTION, explains: “In the past few years, anthology series have been popping up on all of the various multimedia platforms. But, they’ve all been specifically genre based. No series has yet attempted to blend horror, sci-fi, the supernatural, drama, suspense and thrillers under one series… that is until now. After years of developing this anthology project, we are excited to share it with the world, and Indiegogo is the best platform to help us share our project with the world.  We aim to gain support from a large audience and reach our goals, so that we can bring this project to life.
Although this series is built around award winning and buzzworthy screenplays, it’s important to acknowledge the amazing crew of film makers behind this series. We also have great talent attached. Without this team of passionate and experienced film industry professionals, this project could not be a reality.
Overall, The Dark Collection is the only new anthology series that’s based on screenplays that have ALL placed highly in film festivals & screenwriting competitions within the past two years. These stories are proven to be buzzworthy, and they have already attracted industry attention. This series offers a variety of chilling cinematic tales not available anywhere else. And it is our true goal to make something that can be appreciated and enjoyed by everyone.”
http://thedarkcollection.com/
Posted by A Southern Horror Fan