Check Out The New Trailer For "Bigfoot : The Movie" 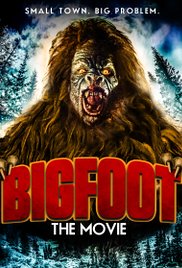 Bigfoot has come to the town of Ellwood City Pennsylvania and he is not happy! After the killing of one of their friends, four local yokels join forces by liquoring up and arming themselves with automatic weapons in order to flush out and put down the legendary beast - but not one person in town believes their story about the mythical monster's rampage.