Chad Ferrin's Parasites Debuts on VOD from 108 Media
Indie Nightmare Follows a Murderous Band Through DTLA
Rent or Own the Festival Hit on Digital HD Today! 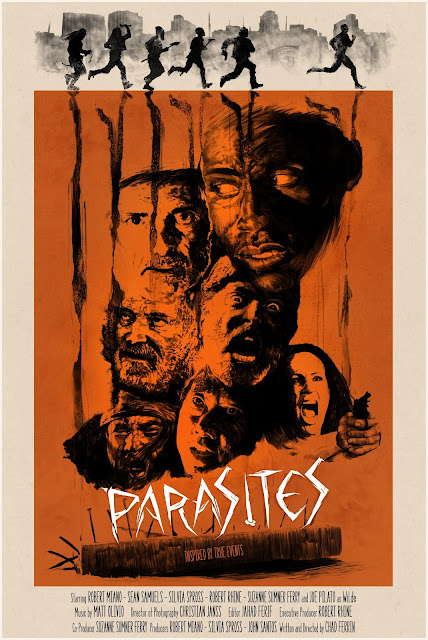 Chad Ferrin's harrowing festival favorite Parasites will be available to rent or own in the US and Canada starting Today - January 24th on iTunes, Amazon Instant, Google Play, Vudu and Xbox from 108 Media.  Veteran genre director Ferrin (Someone's Knocking at the Door, Horse) presents one long night on Skid Row as a sadistic reimagining of the true story of John Colter and his flight from the Blackfoot Indians.