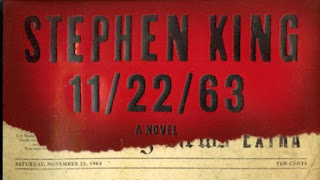 The first teaser trailer has been released for Hulu's '11/22/63', based on the novel by Stephen King. '11/22/63' is a thriller in which high school English teacher Jake Epping travels back in time to prevent the assassination of President John F. Kennedy. But his mission is threatened by Lee Harvey Oswald, his falling in love and the past itself … which doesn’t want to be changed.