My Review Of "I, Frankenstein" 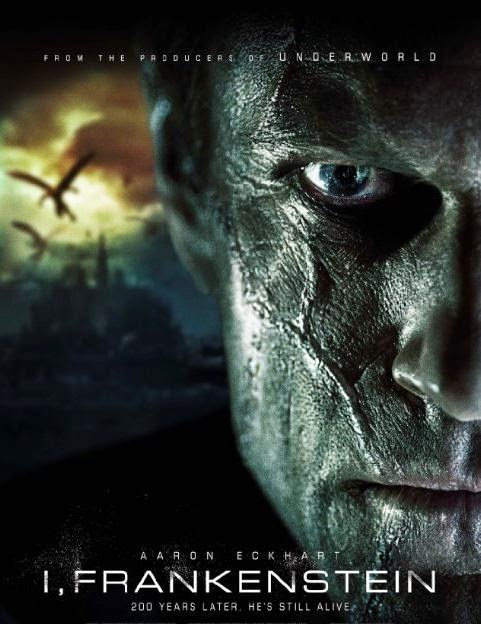 "I, Frankenstein" is a modern re-invention of one of literature's most fascinating characters, Frankenstein's Monster. A character that dominates the screen in almost every film that features him. "I, Frankenstein" manages to meld the monster creatively into a new saga based on an old world spiritual concept of good and evil and humanity and all that is right and balanced in the cosmos. Yea I know that last statement seems a bit much but the struggle of good and evil and maintaining balance has fueled culture since the beginning of civilization. I imagine one of the food sources was probably hallucinogenic and our concept of the world just echoed from that first moment of existentialism. Anyway back to the film "I, Frankenstein"...

The story that  Stuart Beattie and Kevin Grevioux give us is a standard saga that has planned out in many a film, television drama and game. The dark lord of infinite evil sets forth to consume all the world and bring back the age of chaos. The truth and light of the universe battle the evil to keep order and protect humanity. It is a great epic drama filled with plenty of action, passion and spectacle fit for a gamer. I just feel the story may be a bit "monochrome". "I, Frankenstein" works as an elaborate blast of high theatricals and it did justify my expense for a theatre quality sound system. The film just lacked feeling, and connectivity. I didn't feel the characters. Just as the Monster lacked a soul but still managed to be fueled by a passionate rage, "I, Frankenstein" was without soul. The difference is unlike the Monster, this film lacked the passionate fuel that the story demanded. It was like watching an intro to some video game story sequence. It was a really good story, creative and all. I just didn't find the depth of character that would make me connect with the film.

The effects where what one would expect in this "big popcorn", wall rattling spectacle. The CGI was tight, I did feel that it was a bit too much. Like "Van Helsing", "I, Frankenstein" relied heavily on the CGI which stripped the film down to a "basic", going through the emotions action film. That sort of anchor creates a disconnect from the organic feeling, and natural flow of character interaction on a personal level that allows the audience to really connect with, not only the characters and story, but also the heart and intent of what the writer and directer are aiming for. "I, Frankenstein" is a 50/50 film for me. Yeah the movie brings the action and excitement. It is entertaining-especially with a Sony theater system that can rattle the walls and windows but so much seemed to be missing and at times I found my self wondering of in thoughts and kind of bored.
Posted by A Southern Horror Fan