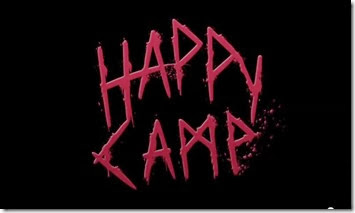 Coming in on the found footage craze pumping horror these days is Drew Barrymore produced “Happy Camp”. The film is directed by Josh Anthony and stars Michael Barbuto, Anne Taylor, Teddy Gilmore, Josh Anthony. Check out the trailer below.

In the vast wilderness of the Klamath National Forest lies the small town of Happy Camp, CA. With a population consisting of only a few hundred souls and buried deep in the mountains, the town is an island unto itself.

Michael has finally gotten the courage to face his past in an attempt to find peace and remember what transpired on that fateful day. Under the provocation of his girlfriend, Mike has reluctantly agreed to allow the experience to be documented. Unfortunately, what he uncovers is a deeper mystery that they may all want to forget.