My Review Of "Inner Ghosts" 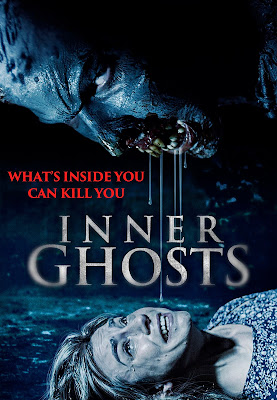 The story is a very complex, creative exploration of paranormal activity and psuedo-scientific applications. I say psuedo, but the logic behind this concept could very well be tested in mainstream science. Not all of the material but the basic stuff. "Inner Ghosts" is a good, layered story that mixes practical ghost story themes with more fantastical elements.

The acting is pretty good, the characters are fully developed and relatable. At times it gets a bit too theatrical and overly dramatic, but a story where contact with ghosts in order to test and explore intelligence in an attempt to find real world application isn't meant to play straight. The writing may stretch ones sense of belief but it is well done.

"Inner Ghosts" is atmospheric and filled with all the expected ghosty stuff you expect to see. At times, even with certain characters, the film is very reminiscent of "Insidious", but with a more scientific research edge. The cinematography is great. The real horror parts don't show up till the 50 minute mark. Then the film spirals into more Clive Barker territory.

Overall I have some mixed thoughts towards "Inner Ghosts". I loved the story, very interesting and layered. I thought the acting was strong. I do feel that the film runs a little too long, spends too much time on the melodrama character structure for the first 50 minutes. The last 40 is impactful and hits the horror elements strong, but during the ending the story become confusing, just a bit. Still the film is a strong indie paranormal thriller. (3.5/5)
Posted by A Southern Horror Fan