The first images have been released for upcoming horror comedy "Psycho Goreman". The film is directed by Steven Kostanski and stars Nita-Josee Hanna, Owen Myre, Matthew Ninaber, and Adam Brooks.

Set in small-town suburbia, the movie follows two kids, Mimi and Luke as they discover the tomb of a sleeping alien warlord whose only goal is to destroy the entire universe. The children find the magical gemstone allowing them to control the creature and embark on a crazy adventure full of cosmic action and comedy. 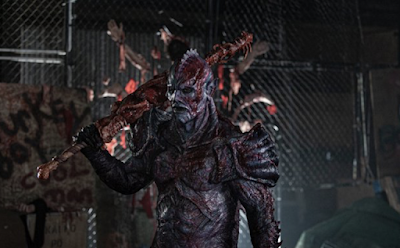