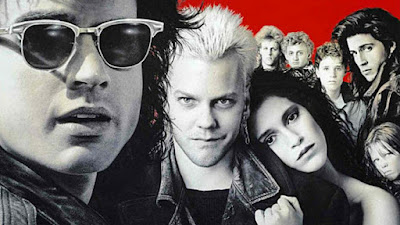 CW has ordered a new, revised pilot episode for potential reboot 'The Lost Boys' TV series. This is a revamped rework of the previous pilot order from the network. The pilot episode of “The Lots Boys” TV series will be directed by Marcos Siega (“The Vampire Diaries,” “Batwoman”). Executive producer Rob Thomas co-wrote the retooled version of the script with Heather Mitchell.

“After the sudden death of their father, brothers Michael and Sam Emerson move to Santa Carla with their mother, Lucy, who hopes to start anew in the town where she grew up. But the brothers soon find themselves being drawn deeper and deeper into the seductive world of Santa Carla’s eternally beautiful and youthful undead.”
Posted by A Southern Horror Fan