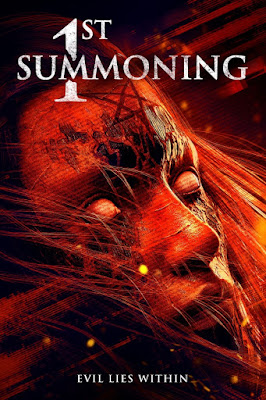 Supernatural thriller "1st Summoning" will get a late February release on both Digital and limited theatrical run. The occult themed horror will be available February 22nd with a blu-ray/DVD release to follow on April 23rd. It is directed by Raymond Wood and stars Hayley Lovitt,  Jason MacDonald, Eddy Cole and Brook Todd.

In the film, four student filmmakers uncover strange occult practices, in a remote warehouse, where they cannot escape what lays in store for them.