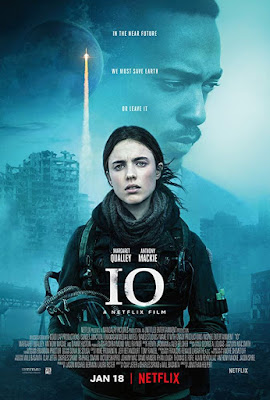 A trailer has been released for Neflix's scifi thriller "IO". The film hits the streaming service January 18th and stars Margaret Qualley, Anthony Mackie and Danny Huston. "IO" is directed by Jonathan Helpert.

The film tells the story of one girl’s coming of age while examining the dangers of humanity’s current relationship with the planet. Qualley will play Sam Walden, a teenager surviving as one of the last people on an abandoned post-cataclysmic Earth, who is racing to find a cure for her poisoned home world before the last shuttle off the planet to the distant human space colony leaves her stranded. Mackie will play Micah, a complicated and mysterious refugee on his way to the imminent shuttle launch who makes Sam question whether she can really alter Earth’s fate.