Trailer Released For "The Haunting Of Sharon Tate" 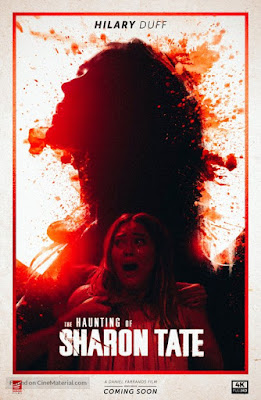 A trailer has been released for "The Haunting Of Sharon Tate", starring Hilary Duff. The film is directed by Daniel Ferrand and costars Jonathan Bennett, Lydia Hearst, Pawel Szajda, Ryan Cargill, Bella Popa, Fivel Stewart, Tyler Johnson, and Ben Mellish. Look for this one April 2019.

The film takes a look at the last days leading up to Tate’s murder from her point of view. The plot is inspired by an actual quote from Tate, from an interview published a year before her death, wherein she reveals having dreams about ghosts haunting her house and foreseeing her own death at the hands of a satanic cult.