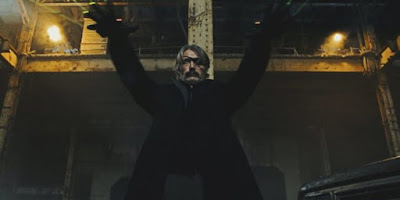 The trailer for Netflix's adaptation of graphic novel 'Polar' has been released. The film, based on the Dark Horse action noir graphic novel, stars Mads Mikkelsen, Katheryn Winnick, Josh Cruddas, Vanessa Hudgens, Matt Lucas, Ruby O. Fee,  and Robert Maillet. It is directed by Jonas Åkerlund, and will premiere January 25th on the streaming service.

The world’s top assassin, Duncan Vizla, aka The Black Kaiser (Mikkelsen), is settling into retirement when his former employer marks him as a liability to the firm. Against his will, he finds himself back in the game going head to head with an army of younger, faster, ruthless killers who will stop at nothing to have him silenced.