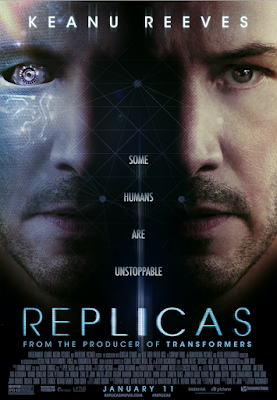 The official trailer has been released for sci-fi thriller "Replicas". The film is directed by Jeffrey Nachmanoff and stars Keanu Reeves, Alice Eve, Thomas Middleditch, and John Ortiz. It hits theaters January 11th.

After a car accident kills his family, a daring synthetic biologist (Reeves) will stop at nothing to bring them back, even if it means pitting himself against a government-controlled laboratory, a police task force, and the physical laws of science.