First Trailer Released For "Ghost In The Graveyard" 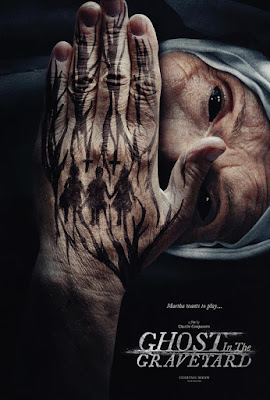 The first trailer has been released for "Ghost In The Graveyard". Cellar Door Productions has released the trailer for the supernatural thriller directed by Charlie Comparetto. It stars Kelli Berglund, Royce Johnson, Jake Busey, Nikki Blonsky and Jason James Richter.

A small town comes under the thumb of Martha, a vengeful ghost who returns to haunt the children who witnessed her death during a game in their youth.  Long blamed for the accident, Sally Sullivan (Berglund) must figure out why Martha has returned and how to get her to rest in peace for good.  As the mystery of her return unravels, deep secrets are revealed that will have consequences for everyone involved.