Chris Hemsworth revealed the first official image for sci-fi sequel "Men In Black: International". The film is directed by F. Gary Gray and does not feature the characters made famous by Will Smith and Tommy Lee Jones instead introducing different MIB agents based out of England. 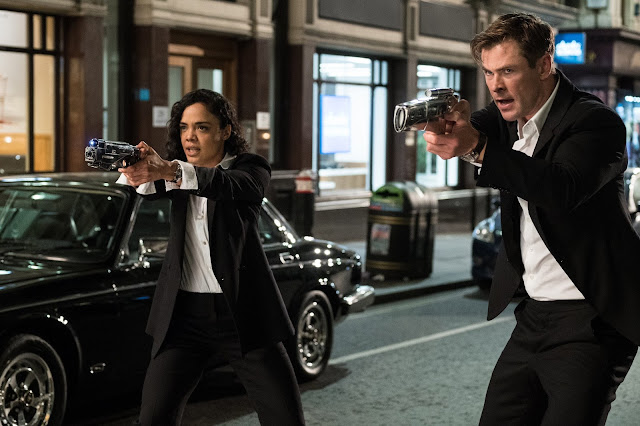 Tessa’s character Em trying to prove herself by joining the London MIB and being paired with the former ace Agent H, played by Hemsworth. The pair becomes involved in a murder mystery that has them traveling the globe.