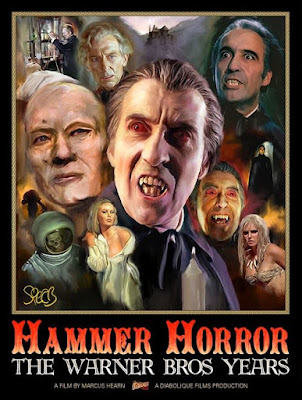 It is hard to believe that there hasn't been a documentary detailing the interesting years behind Warner Bros. involvement with the iconic horror film house, Hammer Horror Studios. Well that oversight is in progress to be corrected as word has come out of the Kickstarter campaign to explore those very years. "Hammer Horror: The Warner Bros. Years" is being backed by Diabolique Films.


In the 1950s Hammer, England’s world-renowned production company, initiated a new style of horror film making that transformed the genre. At the end of the 1960s, the world that Hammer had helped to create was changing fast – the once-reliable business model was unraveling and audiences wanted something new from their films.
Amid this uncertainty, Hammer’s short-term survival was secured by an alliance with American distributor Warner Bros. The films the two companies made together are among the most renowned in Hammer’s history. Classics such as Dracula Has Risen From the Grave (1968),Frankenstein Must Be Destroyed (1970) and Taste the Blood of Dracula (1970) were produced alongside the Oscar-nominated epic When Dinosaurs Ruled the Earth (1970), the disturbing thriller Crescendo (1970) and the bizarre sci-fi western Moon Zero Two (1969).
The films became increasingly experimental in the 1970s, challenging the perception of traditional Gothic horror with Dracula A.D. 1972 (1972), The Satanic Rites of Dracula (1973) and The Legend of the 7 Golden Vampires (1974). 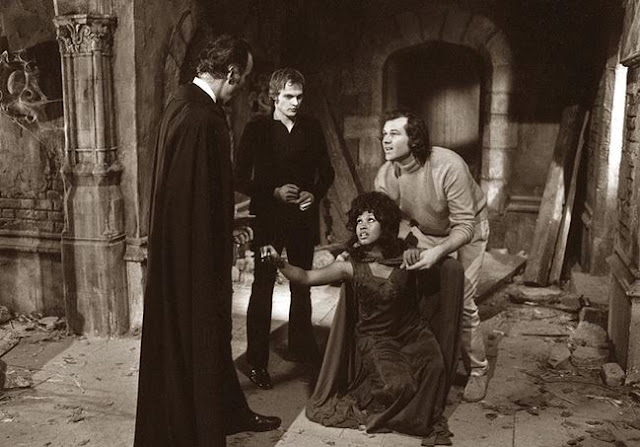 “Hammer’s period at Warner Bros produced some of their finest films, including FRANKENSTEIN MUST BE DESTROYED which is not only Peter Cushing’s finest screen performance, but Terence Fisher’s directorial triumph as well. There have been many documentaries and featurettes made about various aspects of Hammer Horror and the various period’s in Hammer’s illustrious history, but no serious study has ever been done on Hammer’s period at Warner Bros. Diabolique Films is happy to team with Marcus Hearn, Hammer’s official historian, in compiling the first film of this kind to tackle Hammer Horror/Warner Bros. illustrious history.”-Dima Ballin
Posted by A Southern Horror Fan