Trailer Released For "Scouts Guide To The Zombie Apocalypse" 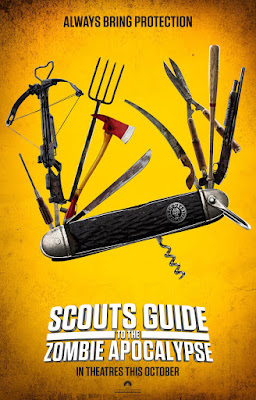 Check out the trailer for zomedy "Scouts Guide To The Zombie Apocalypse". The film is due out on October 30th, 2015. SGTTZA is directed by Christopher Landon and stars  Tye Sheridan, Patrick Schwarzenegger, Logan Miller, Joey Morgan, Sarah Dumont, Halston Sage, Cloris Leachman, and David Koechner.

Three scouts and lifelong friends join forces with one badass cocktail waitress to become the world’s most unlikely team of heroes. When their peaceful town is ravaged by a zombie invasion, they’ll fight for the badge of a lifetime and put their scouting skills to the test to save mankind from the undead.