New Trailer Released For “In The House Of Flies” 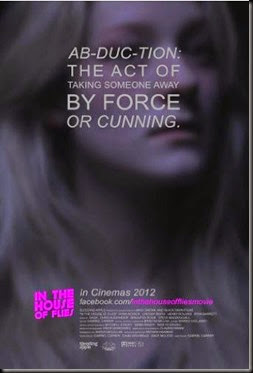 In the House of Flies tells the story of young lovers whose lives are inadvertently changed forever. An innocent couple, Heather (Lindsay Smith) and Steve (Ryan Kotack) suddenly find themselves abducted. By whom? For what purpose? Alone, isolated and locked in an undisclosed, suburban basement, Heather and Steve find themselves pawns in a psychological, mind-game with their diabolical hosts.

Surrounded by several mysterious and locked suitcases – each containing valuable clues to their very own survival - Heather and Steve must exploit what remains of their bruised intellect and depleting sanity, to escape the authority of their unidentified and brutal abductors (Ryan Barrett). From this day forward, summer was never the same.