Official Poster Released For “The Woman In Black: Angel Of Death” 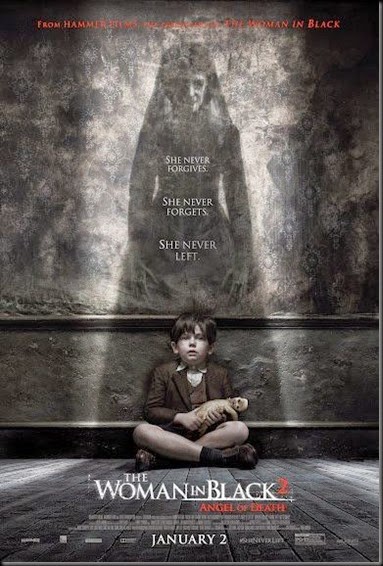 New official poster artwork has been released for Hammer Films’ sequel “The Woman In Black: Angel Of Death”. The film hits theatres in 2015 and stars Phoebe Fox, Jeremy Irvine, Helen McCrory. “Angel Of Death” is directed by Tom Harper.

England, 1941 With London in the midst of the blitz, two teachers evacuate a group of schoolchildren to the abandoned Eel Marsh House. Seeking safety from the bombs in the remote coastal location, the group instead find themselves facing an evil far more frightening when their arrival awakens the Woman in Black.