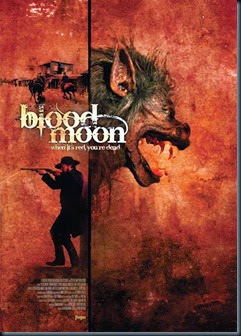 1887. Colorado. A deserted town lit by the glow of a reddish full moon. A stagecoach full of passengers and an enigmatic gunslinger find themselves prisoners of two outlaws on the run. As the travelers attempt to outwit the outlaws it becomes apparent that a bigger menace lurks outside; a beast that only appears on the night of a blood red moon.