Extended Clip Released For “The Door” 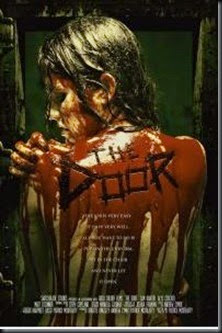 An extended clip has been released for Patrick McBrearty’s “The Door”. The film stars Alys Crocker, Sam Kantor, Liv Collins, Jessie Yang and will hit DVD shelves on October 28th, 2014. “The Door” was recently acquired by Black Fawn Distribution, based in Guelph, Ontario. Juice Worldwide will release the film through iTunes and other digital platforms on October 14th.

Unemployed and broke, Owen (Sam Kantor) is having a terrible week. It’s not until he saves a wealthy Japanese businessman from a couple of thugs that Owen’s luck begins to change. He’s promised an easy job with very good pay. $500 a night. 5 nights a week. All Owen has to do is wear a uniform, sit in a chair and make sure that an ominous door is never opened. Following an unexpected late night visit, Owen soon finds himself stepping into the darkness, unsure if he will survive the night or escape the fate that waits for him behind The Door.