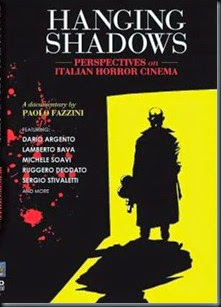 Elite Entertainment has released the DVD of Paolo  Fazzini’s 2007 documentary HANGING SHADOWS. The film presents an informative historical overview of the “Giallo” genre, exploring its genesis and chronicling the films, directors, and personalities that made up its golden age.